(and the blogtitle is sarcasm)

I even thought the first iteration of the Developer's Cut was going places. We knocked a lot of bugs out of that trying to get The expedition to conclude.

Even carrying 15kg of junk for the mission was a sort of kindness - provided you quietly killed a party member at the end to conclude the mission.. OK, we here didn't knock bugs out - we found WORKAROUNDS.

Whatever happened to days 3 and 4??

And before someone 'calls me out' - I only EVER wanted LA to succeed.

Days 3 and 4 were spent prepping to avoid ElessarTheOnly's 'lockout bug' with Veles.

When there - as previously noted by Matsu-Taka the free transport is shyte of the first order.

Gallery of the Doomed One

You expect me to actually, really, on a regular basis, actually SIT in this deathtrap?

For scavenging 1457 rifles - I can get this in "New?" How much for the slightly used Chinese version?
Add a photo to this gallery

Oh, I gained a Detector "Echo" by forking over 5 figures to Sid. That might not always be convenient.

Did I miss anything? 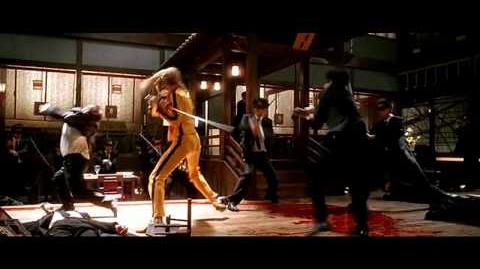 Kill Bill Vol. 1 - Best Fight Scene UNCUT HD
for Matsu-Taka and ElessarTheOnly this is where Dwave lost at least half of their business.
Add a photo to this gallery

Did I miss anything?

Where the fuck is that level? (or does it just occupy 75Mb of my harddrive in some never to be reached Dez0wave 'safe space'?)

"It it what it is..."
Quite correct, Dez. I admired that. And that was how it should have been left. Stick to your gunz etc. ...

You had the FOURTH standalone S.T.A.L.K.E.R. franchise game in the palm of your hand - and pissed it away.

Retrieved from "https://lost-alpha.fandom.com/wiki/User_blog:Byte_Me/DC_v1.4007_-_My_favourite_Lost_Alpha?oldid=26738"
Community content is available under CC-BY-SA unless otherwise noted.