Sin is a faction that appears in S.T.A.L.K.E.R.: Lost Alpha.

Also known as Dark Stalkers. These are zombie-like stalkers who used to be religious fanatics believing in the divine essence of the Zone, the last expiation of the humankind.

They are in conflict with all other stalker groups and attack anyone on site. Dark Stalkers wear black coats and hoods so that the face can not be seen. If you remove the hood, you will see a bald head with bloody holes instead of the eyes.

Screenshot of Sin Member (found in the Sin Occupied Shack). 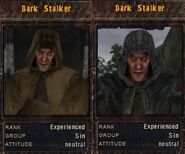 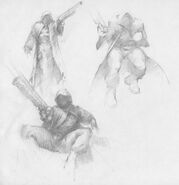