PRM Modpack is a game modification within the S.T.A.L.K.E.R.: Lost Alpha universe.

Updating to newer versions of the weapon pack (other than the base version included as an option during installation of Director's Cut v1.4007) via the launcher breaks the in-game spawn menu accessible via Developer Mode (removes vast amounts of sub-menus and items in said menus, especially the "Toolkits" used for upgrading Technicians; often times the only reason the spawn menu is used by players). 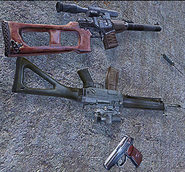 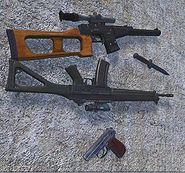